The Right To Counsel.

“In all criminal prosecutions, the accused shall enjoy the right ... to have the assistance of counsel for his defense.”

In 1963, the United States Supreme Court held in Gideon v. Wainwright, that poor people accused of crimes were constitutionally entitled to the assistance of an attorney. In that case, U.S. Supreme Court Justice and Alabama native Hugo Black wrote:

Reason and reflection require us to recognize that in our adversary system of criminal justice, any person haled into court, who is too poor to hire a lawyer, cannot be assured a fair trial unless counsel is provided for him. This seems to us to be an obvious truth.

The History of Our Office:

The Tuscaloosa County Public Defender office is the oldest public defender office in Alabama. The Office opened in 1972 and has continuously operated since that time, providing high quality representation to its clients. Over that time, the Office has maintained great stability with only four public defenders: Ralph Burroughs opened the office in 1972 and remained as Public Defender until 1988. In early 1989, George Peach Taylor left his position as a professor of law at the University of Alabama to become the second public defender. Four years later, Bobby Wooldridge took over and led the Office between 1993 and 2010. He retired in July 2010 and Joseph Van Heest was appointed in August 2010. Mr. Van Heest was reappointed for his second four-year term in November 2014.

The Office has grown to more than a dozen Assistant Public Defenders and Client Support Services including a social work unit, investigation unit and other full-time litigation support staff. It also provides client support through University of Alabama internship and externship programs through the Schools of Law, Social Work and Criminal Justice. 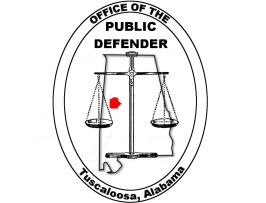 Check our website to learn more about Tuscaloosa County Office of Public Defender and how we can help you with your legal needs.